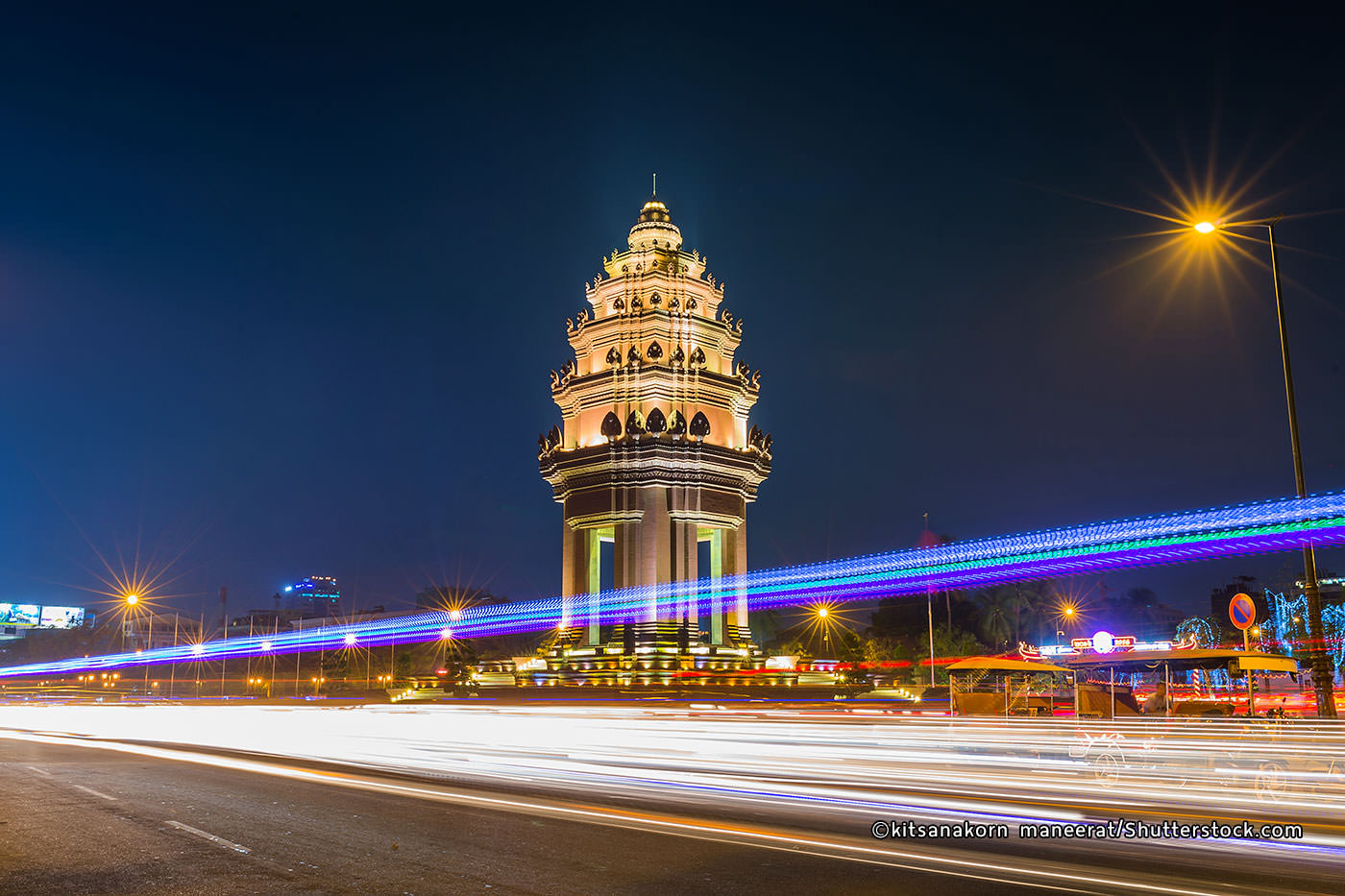 “The Man Who Build Cambodia”, a 30 minutes documentary produced by Christopher Rompré was an inspiration to Cambodians and especially to students in the field of architecture. I remembered watching this documentary, with my best friend and my favorite engineering facilitator a year ago, it gave me goosebumps all over my body.

The documentary pictured the beautiful design concept and innovative architectures that Vann Molyvann has built during the 1960s. All of the design he produced incorporate all the surrounding aspect including people, nature, technology, and culture, which made very uniques and sustainable.

The documentary motivates me to write a biography about his personal life and career live. Below is the biography. Please Enjoy!

Vann Molyvann, known as the “The Man Who Built Cambodia”, was one of the most well respected and influential architects in Cambodia. He was the state architect leader, assigned by the King Norodom Sihanouk, who oversaw over 100 projects both national and international during the “Sangkum Reas Niyum”, the man who blend modern styles to make it suitable with Cambodia climate, culture, geography, vernacular, and ancient design to his works, and the man who lead the New Khmer Architecture movement. To understand more about his unbelievable achievements and spirit, let understand his early life.

Molyvann was born on November 23, 1926, in Ream, Kampot provinces (which is located at the lower west side of Cambodia), Cambodia. His parents’ hometowns play an important role in his successful career. He has his father live in the rural side of Cambodia, while his mother lives in Phnom Penh, the Capital city of Cambodia. Being raised in two completely different environments has led him to fully immersed in the environment and the atmosphere surrounded Vann. Vann grew up with one younger sister and one older brother. He was a successful student in his school life; he was one of the only few students to get his national diploma in 1955 from Preah Sisowath Highschool Phnom Penh. Afterward, at the age of 20, Vann received a scholarship in the Law degree in a university called Sorbonne, in Paris, France. The reason that he apply for Law because at that time no one knows that is architecture and that lawyers make a lot of money. However, after being a law student for one year, he switches from law management to architecture because he failed the Latin part of his Roman law exam. In 1951, Vann finished his architecture degree at France, which is one of the first very international degrees that Cambodians receive. By majoring in architect was very brave and smart of him, because not many people are considering into this field and there is a myth in Cambodia that “if you are an architect, you won’t get a wife”. He continues to live in France for another decade and returned to Cambodia in 1956, which is three years after Cambodia gained its independence from France. 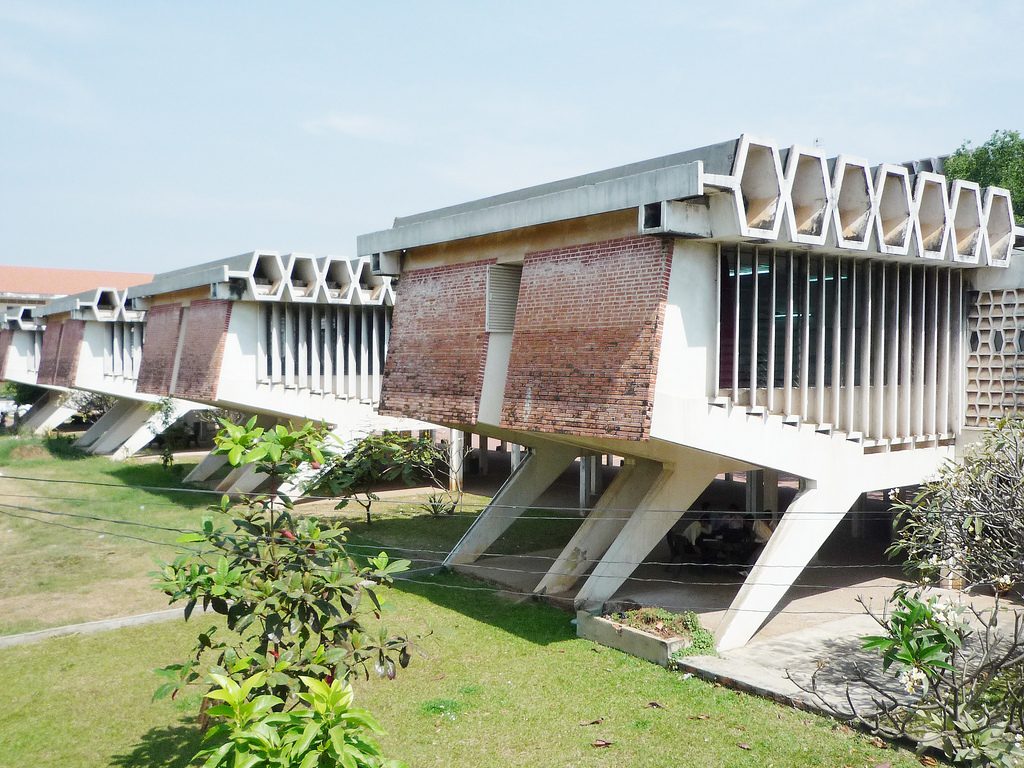 What makes Vann’s so special and essential to Cambodia architecture was his genius ability to adopt modern principle styles to Cambodia that really comprise the geographical landmark, perverse culture, and socioeconomic condition. His biggest influencers in architecture that crafted him as a passionate and cutting-edge modern styles architect was a combination of  Charles-Edouard Jeanneret (known as Le Corbusier), a swiss-french architect and urban planner, modern architecture philosophy and ancient Angkorian tenets. Vann’s is so skillful and soulful of what he is doing, he caught so much attention from the public and especially the king, which then the king designated him as state architecture. After he is in control, Cambodia building is full of love, creativity, and simplicity and in 23 years (1957 to 1970) Vann has helped to design over 100 projects. Those structures ranging from the Independence monument, National Olympic Stadium, and Chaktomuk Conference Hall to the Institute of Foreign Languages, Bassac Riverfront project, and National Bank of Cambodia. In addition to his amazing design in the building, but he is also very superb with planning infrastructure of the Phnom Penh city, which made the city the most eye-couching city in the region. 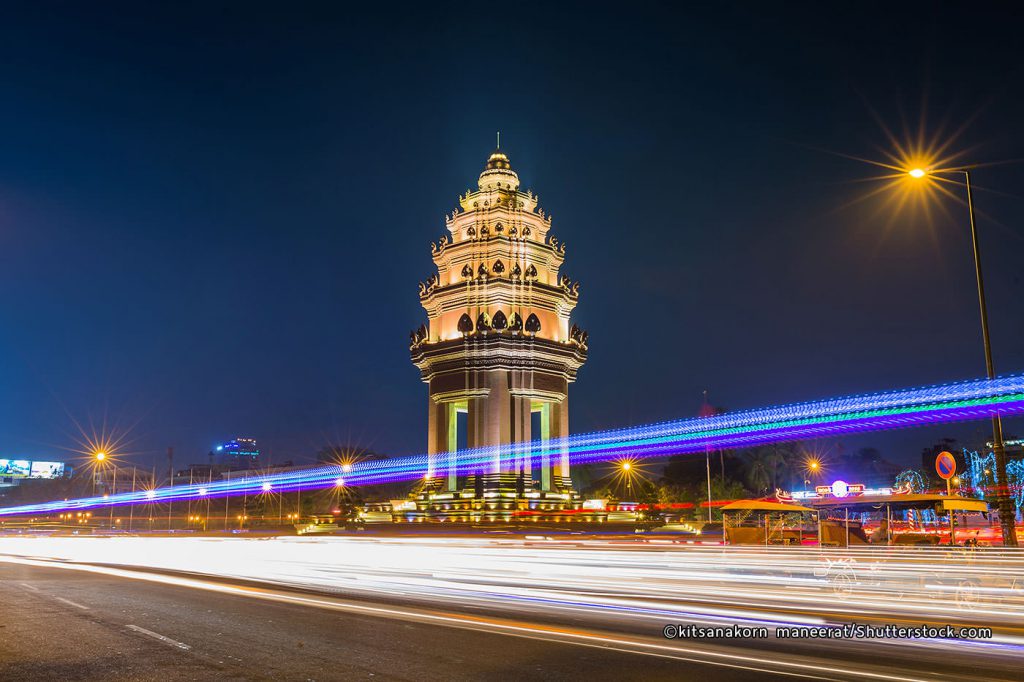 Vann’s has everything as an architect including good communication skill, strong in drawing/sketching, excellent sense of design, great sense of business, and passion. The three principles that help Vann to be a successful architect were: passionate with his work, creativity, and good communication skill, He was so passionate in what he is doing for his country, he was the forefront of the New Khmer Architecture movement, known as nationwide of building design school, along with Lu ban Hap and Mam Sophana. This movement has Influenced and encourages buildings all across Cambodia, between 1953 to 1975, to use of new construction materials, references to pre-existing techniques, to use the natural airflow and shade and landmark, and ornamentation from the Angkorian style. Vann’s works are full authenticity, creativity, heroically, and soul, and as a result, his works inspired many people around the world and better than British architecture. The architect is different from the artist; the artist can pick up paint and do a painting, however an architect need benefactor to believe in their vision to make it become real. Since Vann was so trustable and communicable, he had made a strong bond with King Sihanouk, which made the king as his benefactor for all of his novel visions. 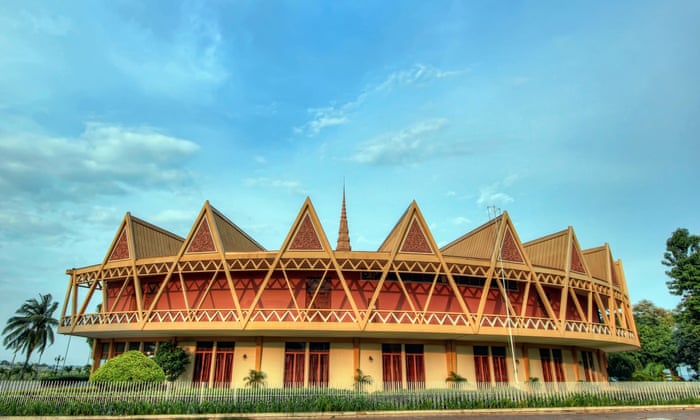 Despite his huge impact on planning and building Cambodia, many Cambodia’s and people around the world known Vann very little. Many of his great legacies have been destroyed during the Khmer Rouge regime, such as the National Bank of Cambodia and Medical lab. For his buildings that are not being disturbed by the Khmer Rouge are still very much appreciated and being studied all over Cambodia. Moreover, through these vibrant achievements, Vann Molyvann has brought Cambodia to its stand on the international stage, receiving the Nobel Prize in the Nikkei Asia in 2013, and proof the world that Cambodia is as capable of during great works as the world. 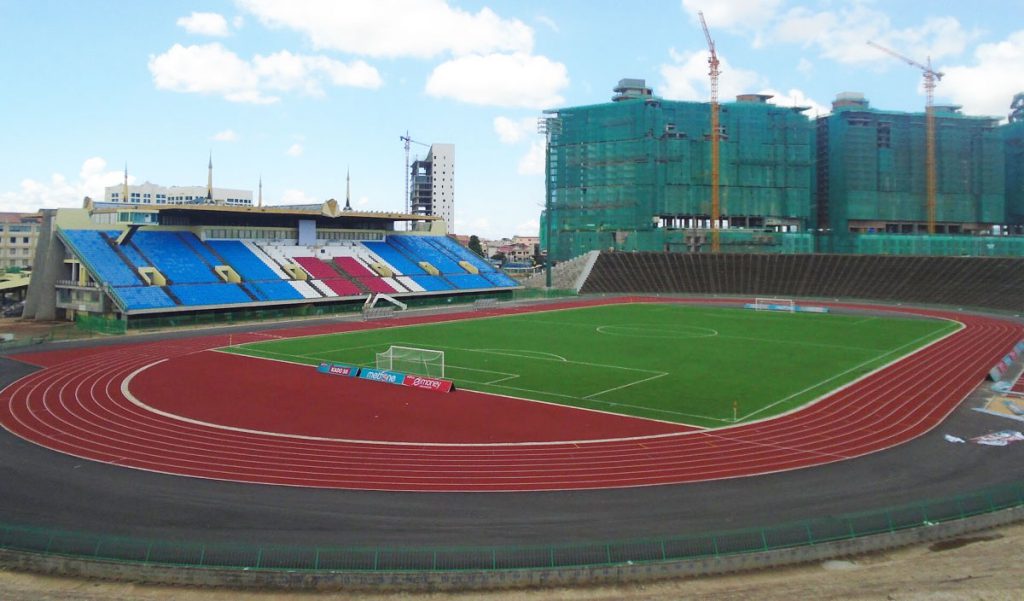